On its second day, TICAL highlights the power of Artificial Intelligence and the importance of women in ICT 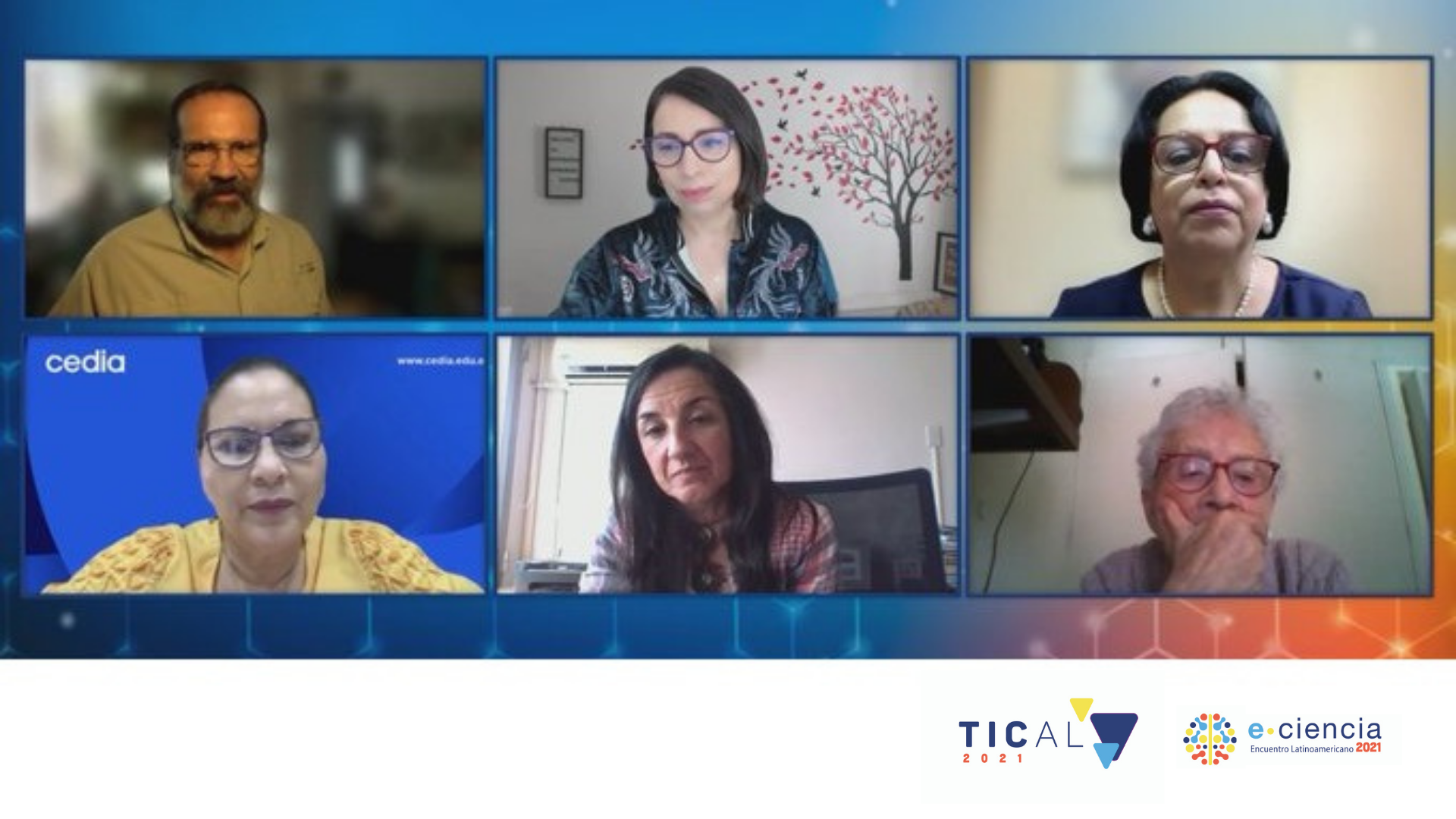 A wonderful session, that is how we define the plenary on Tuesday, August 31, the second day of TICAL2021 Conference and the 5th Latin American e-Science Meeting, events that are taking place from Monday 30 August until Thursday 2 September in virtual and free of charge format, bringing together ICT authorities from Latin American universities and researchers from Latin America, Europe and North America.

“Rethinking HEIs and their role in reducing the digital divide” was the theme of the session that strated at 2:00 p.m. GMT with a talk given by a well-known speaker for the Conference attendees: the Big Data guru and professor of the University of California (Davis), Martin Hilbert. The expert shared with the attendees a presentation on how, little by little, society is being transformed into a giant information processing system.

Hilbert pointed out this trend as irreversible and called attention to the responsibility of human beings in driving this process. “Machine learning completely changed the paradigm of knowledge creation, but this artificial intelligence cannot do everything. We need to train it and, increasingly, unite the artificial to the human in a beneficial way," explained the professor. For him just as it is already with economic growth, the growth of education also passes through the "power of the artificial ". However, there are risks in the process that cannot be ignored. "We must be attentive to what I name the power of artificial on the human. Bad 'fed' machines, played a relevant role in our past mistakes and attacked our weaknesses and 'sins'. This paradigm of knowledge is already in the economy, in social networks and in politics. That is why it is very important to be responsible”, he warned.

The role of women in ICT

One of the ways to train not only machines, but society in general, is also to rethink the role of women in ICT. And that was what TICAL did in the panel “Women in networks”, which had the participation of women leaders in ICT in Latin America to discuss the issue. The virtual round table was formed by Ida Holz, Internet pioneer in Latin America, Paola Arellano, Director of REUNA Chile, Cecilia Paredes, President of CEDIA, Mariela de Léon, from SECIU-Uruguay, and Patricia Hernández, ICT Director of the National Autonomous University of Honduras.

For Paola Arellano, events like TICAL can play an even more relevant role in highlighting women in ICT. “There are many of us who are already great references in their areas of activity. The clue is visibility”, said the Director of REUNA. In the opinion of Cecilia Paredes, Advanced Networks should be the best modelling of this idea. "We must be a reference not only in technology, science and research, but also in diversity and opportunities for women and men to collaborate together," completed Paredes, who is also Rector of the Escuela Politécnica Superior del Litoral (ESPOL), in Guayaquil, Ecuador.

The session ended with the presentation of Bianca Amaro, president of LA Referencia, with the talk "Towards a Regional Ecosystem of Open Science". In line with Cecilia Paredes, Amaro reaffirmed the need for women involved with ICT to be more prominent. “Visibility is everything. Both for women and for Open Science”, she said. "Scientific communication and visibility are the most important actions for the development of Open Science. Open Science is a paradigm shift," said Amaro.

The working day at the Conference continued with parallel sessions, where the papers chosen in the calls for the events were presented. In addition, workshops and sessions on cybersecurity were held.

TICAL and "e-Science" will continue on Wednesday, September 1, at 14:00. GMT, with the plenary session "Cybersecurity as a protagonist in the new reality of HEIs", which will feature the participation of experts such as Chris Atherton, Senior Manager of Research at GÉANT, and Paweł Świeboda, General Director of the Human Brain Project (HBP).

For more information about TICAL and the e-Science Meeting, please visit tical2021.redclara.net