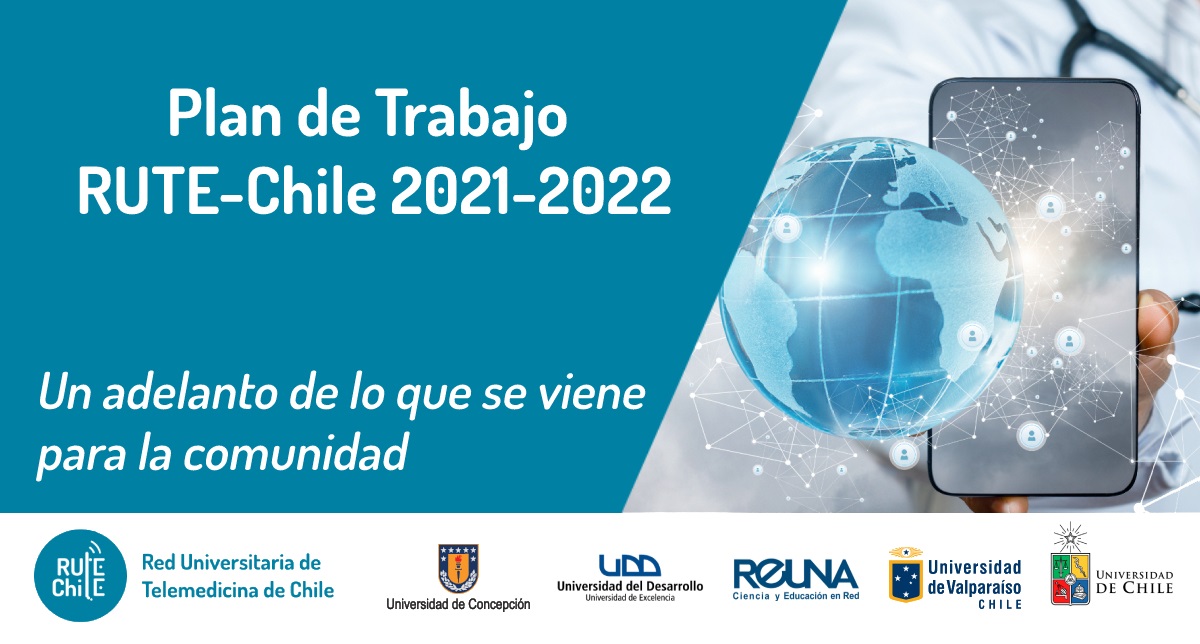 In March of this year we had the launch of RUTE-Chile. What comes next?

(Source: RUTE Chile / REUNA) During the first months of operation, the Network Coordination Committee has been preparing the essential inputs for the operation of RUTE-Chile, in particular to establish the forms and framework of work that will allow to promote and coordinate its current and future initiatives. This is being carried out with the help, and based on the experience, not only of its current members, but also of actors such as the University Network of Telemedicine of Brazil, RUTE-Brazil, an initiative coordinated by the National Network of Education and Research of Brazil, RNP, which has been promoting telemedicine for 15 years.

One of the most important contributions to the institutional framework that RUTE-Chile has received from RUTE-Brazil is what we call Special Interest Groups (respecting the acronym "SIG" in English, to maintain the interoperability of the term with other international collaboration groups and networks). RUTE-Chile is adopting and adapting the structure and operating processes of RUTE-Brazil's SIG for use in Chile, and extending its operational scope, which will be the strategic unit of RUTE-Chile.

An important aspect that we have included in the RUTE-Chile SIG is that they consider the development of products that go beyond the teams themselves that collaborate and share knowledge within each SIG, so that there are also results that can be made available to the community, in the form of public goods, that is, goods produced by SIG that cannot be appropriated by anyone in particular, and where, in addition, all those who participate in their development license said products under one of the Creative Commons licensing schemes.

What will be the first GIS of RUTE-Chile?

Most of the community-facing initiatives that RUTE-Chile is about to launch this year will be governed and coordinated under the umbrella of a SIG. In other words, behind most of the projects promoted by RUTE-Chile there is a Special Interest Group. Knowing which GIS will be activated is, basically, knowing a large part of the RUTE-Chile Work Plan.

Below in Table 1 you can see a preview of the GIS that are about to be activated, starting at the end of next month, and of which objectives they are pursuing. It means that these SIGs have already been approved by the RUTE-Chile Coordination Committee and have assigned the coordinators responsible for each one of them.

The operation of each SIG, although it is true, will be coordinated by a member of RUTE-Chile, it contemplates the participation of people who are interested in contributing to specific teamwork, whether or not they are a member of RUTE-Chile. They can join the activated groups and propose that others be formed, if it is of interest to the ecosystem. This may be an opportunity for professionals and technicians from the different systems, health networks and study houses throughout the country, to strengthen their knowledge, socialize protocols, share good practices, and carry out other activities that are agreed, depending on the purpose of each GIS.

It should be noted that all SIGs will have to present their achievements and progress to the community annually, within the scope of what will be the RUTE-Chile Annual Symposium, which, in turn, will also be organized by a specific SIG. The Symposium is also the occasion to present the Network's work plan for the following year, and to invite the community to participate. This, because RUTE-Chile is an open collaboration network. Open both to the incorporation of new members, who have the quality of Higher Education Institutions and all those legal persons, non-profit, who have academic, scientific or associated purposes to the health field, who wish to join, as well as Its SIG -except for justified exceptions- are in principle open to the participation of entities and individuals who are not members of RUTE-Chile, who have something to contribute and who wish to develop relevant inputs for and together with the community.

In this first stage, in addition to the ongoing collaboration with RUTE Brazil, RUTE-Chile is managing Collaboration Agreements with international networks such as RedCLARA and the Ibero-American Digital Health Network, RISAD, among others.

RUTE-Chile invites the academic and professional community to join and participate in Special Interest Groups, to work in an open and collaborative environment.