June 10, 5 PM GMT: Join AMREN to learn about the Universe and how we support its discovery 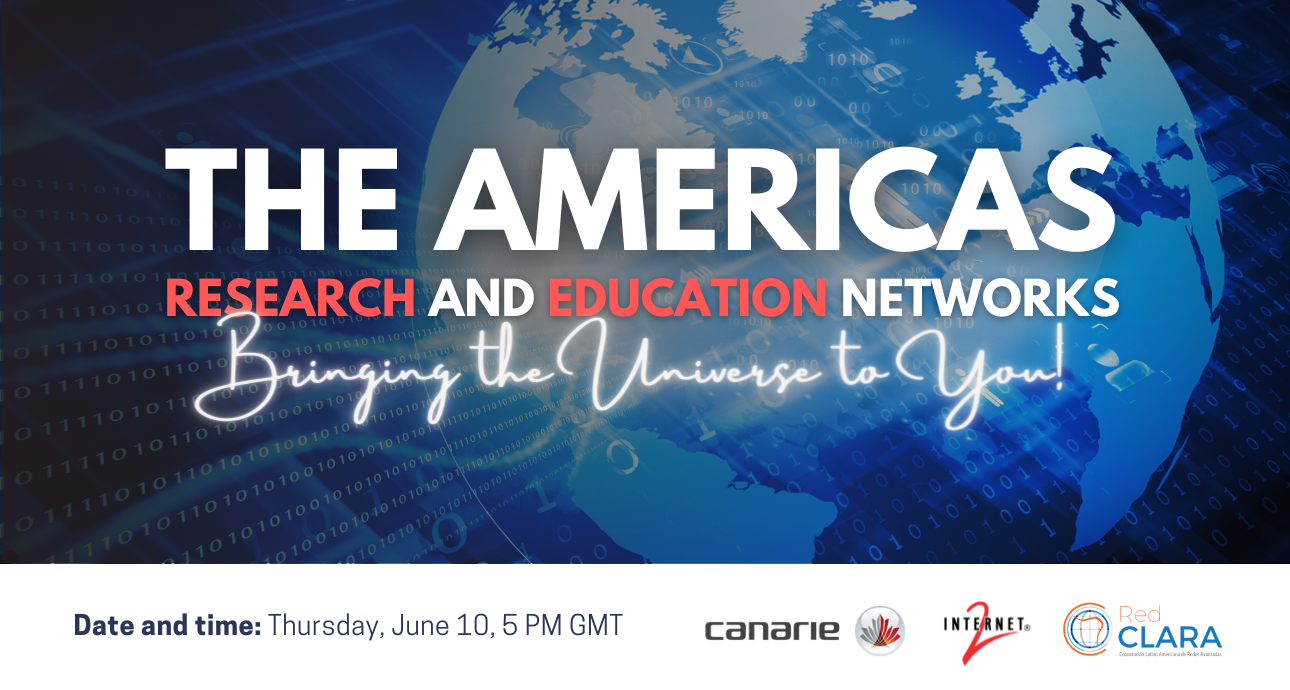 From the ancient Egyptians to the most innovative scientists of today, all humanity, in all ages, has dedicated itself to knowing and explaining the Universe. Now, the Americas Research and Education Networks (AMREN) invites you to join this exercise, this Thursday, June 10, at 5:00 p.m. GMT / 1:00 p.m. EST.

On the occasion, the most recent astronomical discoveries on the subject will be presented and discussed at the event " The Americas Research and Education Networks: Bringing the Universe to you!", which will be held in English, with simultaneous translation into Spanish, Portuguese and French.

The meeting is part of the joint work initiatives between RedCLARA (Latin America), Internet2 (United States) and CANARIE (Canada), the so-called AMREN. The event will count with the participation of prominent scientists in the area of ​​astronomy in the region such as Lukas Nellen, Doctor in Theoretical Physics from the University of Oxford and collaborator of the HAWC, Pierre Auger, SWGO and ALICE projects, Eduardo Toro Rivera, Technology Engineer of the Information in the NOIRLab of the NSF under the AURA Observatories in Chile, and Luiz Nicolaci da Costa, general director of the Interinstitutional Laboratory of e-Astronomy (LIneA) in Brazil.

After the discussion, the executive directors of the three networks - Jim Ghadbane - CANARIE, Howard Pfeiffer - Internet2, and Luis Eliécer Cadenas - RedCLARA - will explain the role that AMREN play in connecting researchers from the Americas, and on how this collaboration is helping to answer the most pressing questions facing humanity.

Participation in the event, which will take place through Zoom at 5:00 p.m GMT / 1:00 p.m. EST (check your local time HERE) is free of charge, but requires registration, which can be done at https://eventos.redclara.net/event/1103/, where you can also get more information.

Join us and find out more about where we come from and what we do in this "pale blue dot" as Carl Sagan described it. See you there!