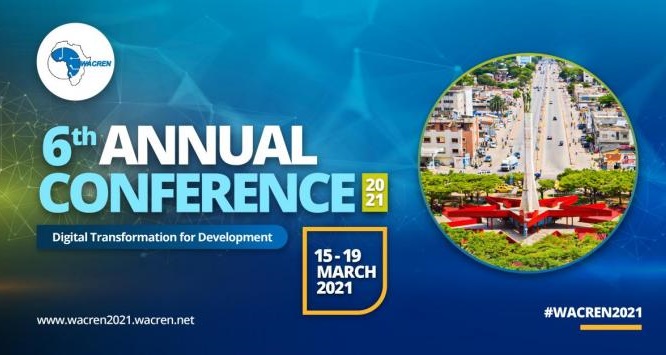 RNP network scientist Michael Stanton represented Brazil by co-presenting a paper on connectivity in the Atlantic Ocean during the sixth edition of the WACREN Annual Conference - Research and Education Network for West and Central Africa. Organized by the academic network of Benin, in West Africa, the event took place in a virtual format between March 15th and 19th, and brought up the theme "Digital Transformation for Development".

(Source: RNP) The article presented, “Introducing new technologies, innovations and collaborations in networks for education and research between Africa, Latin America, Europe and the United States through new international projects” was submitted by authors from RNP, RedCLARA, the national networks of South Africa (TENET and SANReN), and Florida International University (FIU), located in Miami, United States.

Michael Stanton described in his presentation the updates on connectivity in RedCLARA, the regional network in Latin America, and in the Atlantic Ocean, carried out since 2018, interconnecting, without going through intermediate continents, Brazil and Latin America with partner networks in Africa and Europe, complementing historic direct connections to North America. "The work brings updates on how is the connectivity between the networks of Latin American countries and RedCLARA and its direct connection with Europe, built by the BELLA project (Building Europe Link to Latin America)", stated Stanton.

Shukri Wiener, the South African presenter, presented the evolution of up to 100 and 400 Gb/s of the South African academic network (SANReN). Finally, Julio Ibarra described the evolution of the AmLight ExPress projects, connecting CIARA / FIU with networks in South America and Africa, and AtlanticWave SDX 2.0, a prototype “software-defined exchange point” (SDX), the be used to manage the interconnection of large, high-performance networks.