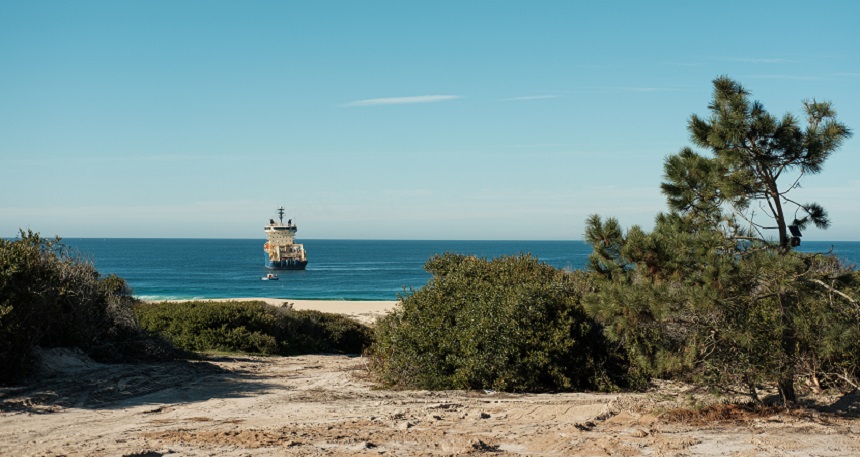 The state-of-the-art fiber optic cable that connects Portugal and Latin America has already arrived in Sines.

The system should be fully operational in the second quarter of 2021, making Portugal the new gateway to Europe to an unprecedented level of international connectivity.

Lisbon, January 6th 2020 – EllaLink announces today that its next generation low-latency submarine cable system has already anchored in Sines, from where the connection to Latin America will be established. It is expected to become fully operational in the second quarter of this year, providing an unprecedented level of international connectivity between the two continents, which will reach Europe through Portugal.

With this operation with an investment of 150 million euros, pointed out as one of the big bets for the Portuguese Presidency of the European Commission, EllaLink will open a “corridor” for the transmission of data between the two continents, providing new opportunities to the European market. In addition to the first direct high-speed submarine cable connection between Europe and Latin America, the EllaLink system also includes several land routes that link strategic Data Centers in Lisbon, Madrid, Marseille, São Paulo, Rio de Janeiro and Fortaleza in partnership with Equinix and Interxion.

Over the past few decades, the consumption of digital products has triggered the need for connectivity between countries and continents, from simple voice transmission to the real-time transmission of streaming videos, and all future applications that will be possible thanks to the implementation of 5G worldwide. These applications require less latency, that is, the lesser time that information takes to pass on the network, from users to Data Centers and platforms. Applications are so sensitive to latency values that these have become an essential factor for the digital world.

By creating the shortest direct route between Europe and Latin America, avoiding passage through third countries, EllaLink reduces latency by 50% compared to the current infrastructure, reaching a real value of less than 60ms between Portugal and Brazil.

The state-of-the-art technology used in the EllaLink system guarantees high quality access to telecommunications services and applications, through a direct, high-speed connection with very low latency. This will be beneficial not only for all telecommunications platforms, but also for services in the Cloud, access to content, all types of digital businesses and even the gaming industry.

During the first months of 2021, EllaLink will strengthen its network so that it can be operational by the end of the second quarter. Connections are planned to the island of Madeira and Cape Verde, but also to Marseille, which will allow for increased connectivity with Africa, Asia and the Middle East. Other potential points of connection with Mauritania, Morocco, French Guiana and the Canary Islands are already in view.

Philippe Dumont, CEO of EllaLink: “It is with great pride that we witness today the arrival of the cable in Portuguese territory. Over the past two years we have been working very closely with different entities that made possible, and supported from the get-go, the arrival of the cable and the installation of EllaLink in Portugal. This cable connection strengthens the ties created and EllaLink will continue to contribute to international development, also boosting the location itself through the digital transformation of companies and organizations in Portugal. "

Eurico Brilhante Dias, Portuguese Secretary of State for Internationalization: “The arrival of the submarine telecommunication cable EllaLink inaugurates a new economic era in this region. EllaLink not only brought us a very important submarine cable in the global context, but also the possibility of a broader partnership in which, together, we will continue to develop a data center hub and cable mooring stations here in Sines. Thanks to this joint effort and with the important support of other partners, such as Sines City Council, we’re now launching the Sines Tech - Innovation and Data Center Hub, which offers Sines excellent conditions to welcome the major international players in telecommunications and the digital economy.”

EllaLink is an advanced optical platform that offers secure, high-capacity connectivity on an exclusive low-latency transatlantic route, serving the growing needs of the Latin American and European markets. The EllaLink network directly connects Brazil and Europe, connecting the main hubs in São Paulo, Rio de Janeiro and Fortaleza to Lisbon, Madrid and Marseille. The EllaLink System is being built with state-of-the-art coherent technology, initially offering 72 Tbps of capacity through four direct fiber pairs between Europe and Brazil. EllaLink is expected to be ready for service in the second quarter of 2021.

EllaLink is an independent, privately funded company committed to providing products and services on an operator neutral and open access basis. Marguerite II, a pan-European equity fund active in the renewable energy, energy, transport and digital infrastructure sectors, is the main shareholder of EllaLink. For more information, visit ella.link.