Latin American leaders of the BELLA project meet in Colombia 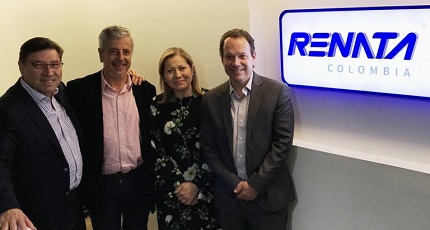 The Colombian community of researchers and educators will benefit from the most important academic and scientific connectivity project between Europe and Latin America thanks to the participation of the National Academic Network of Advanced Technology, RENATA, in the integrated consortium for the implementation of the submarine cable that, in a large portion of its capacity, will be dedicated to the development of scientific, educational and innovation activities between the two regions.

The European Commission will allocate 26.5 million euros to this project, which is expected to be completed in 2020, and which is developed through a consortium made up of continental networks of Europe (GÉANT) and Latin America (RedCLARA) together with national research and education networks from France (RENATER), Germany (DFN), Italy (GARR), Portugal (FCCN), Spain (RedIRIS), Colombia (RENATA), Brazil (RNP), Chile (REUNA) and Ecuador (CEDIA).

The international delegation will be joined by Eduardo Grizendi, director of Engineering and Operations of RNP, and Raúl Galarza, administrative director of CEDIA, who will participate on Friday 9 November in the presentation of the BELLA project before the media and the Colombian academic community. The activity will be transmitted through Facebook Live @RENATAColombia.